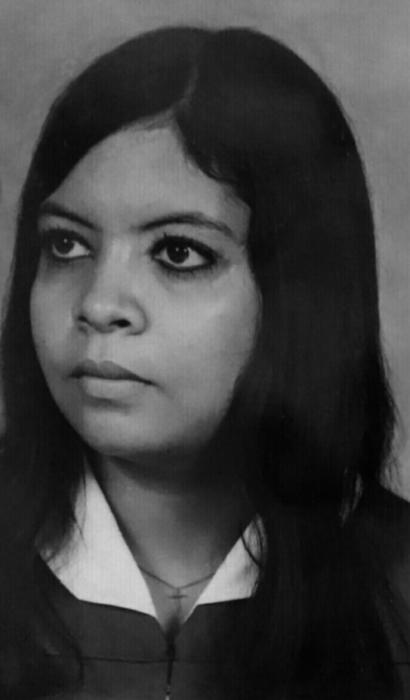 Leonila "Nila" (Aguilar) Ybarra, of Jackson, MN, died surrounded by loved ones on Saturday, January 27, 2018, at the age of 63 after a brief battle with bile duct cancer. Nila was born in Mathis, TX, on August 10, 1954. She was the second of two daughters to Andres Aguilar and Maria (Moya) Aguilar, both of which preceded her in death. Survivors include her husband: Robert P. Ybarra; her children: Camila (Aguilar) Ramos, Manuel Aguilar, Robert P. Ybarra Jr., Aleisha Ybarra, Ricky Ybarra, Belinda (Ybarra) Thies, Roland Ybarra, Ronnie Ybarra & Rene Ybarra; her step-children: Melissa Ybarra, Christopher Ybarra; her sister: Rosa Salazar; and many, many grandchildren, nieces, nephews and cousins. Nila was one of the most loving and giving homemakers out there. She may have raised only 9 children of her own, but hundreds have called her "Mom" throughout the years.

Nila’s funeral will be 2:00 PM, Saturday, February 24, 2018, at Good Samaritan Society in Battle Lake with visitation one hour prior to the service. Arrangements are with Glende-Nilson Funeral Home of Battle Lake.

To order memorial trees or send flowers to the family in memory of Leonila "Nila" Ybarra, please visit our flower store.