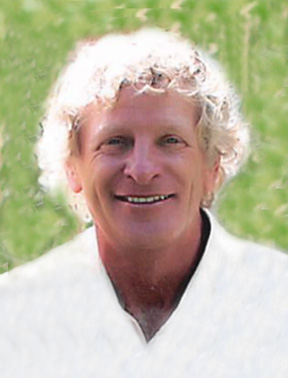 Leland Ray Evavold was born on February 3, 1954, the son of Karold and Violet (Westman) Evavold. He was baptized and confirmed at Grue Lutheran Church. Attended four years of country school and then graduated from the Battle Lake High School in 1972.  He furthered his education at University of Crookston, MSUM, and then graduated from NDSU with an Ag Economics Degree.

Lee and Kathy Lynn Rasmussen were married on October 20, 1979.  After their marriage they lived on their farm in Eagle Lake Township.  He farmed raising beef cattle, buffalo, hay and grain.  Lee spent his time farming and enjoyed the outdoors, fishing, hunting, and always noticed wild life.  Lee was a member of Grue Lutheran Church where he had served on the council.  He was a charter member of the Urbank Lions Club where he received his forty year plaque.  Lee had served on various boards, the Soil and Water Conservation, Ashby Equity and the Ashby Elevator.  He enjoyed time with his family.  His grandkids were special to grandpa Lee or better known to them as Buck.

He is survived by his wife, Kathy; three children, Emily (Eric) Smith of Las Vegas, NV, Abbey (Andy Yechout) Evavold of Fort Collins, CO and Jed (Ivy McGuire) Evavold of Battle Lake; three grandchildren, Little Emily, Everett, Evelynn and one on the way; his mother, Violet Evavold of Ashby; brother, Wes Evavold of Battle Lake; sister-in-law, Stephanie (Mike) Burley of Pickerel Lake; niece, Christina (Ryan) Lill, Gabe, Jonah and Ezekiel of Battle Lake, two nephews Jason Jensen (TX) and Alex Jensen (AZ) who were like sons to him; and by numerous other nephews, nieces, and relatives.  Lee was preceded in death by his father, Karold, and brother, Sherwin.

Visitation: 5-7 PM, Sunday at Glende-Nilson Funeral Home, Battle Lake - and one hour prior to the service at the church

To order memorial trees or send flowers to the family in memory of Leland Evavold, please visit our flower store.