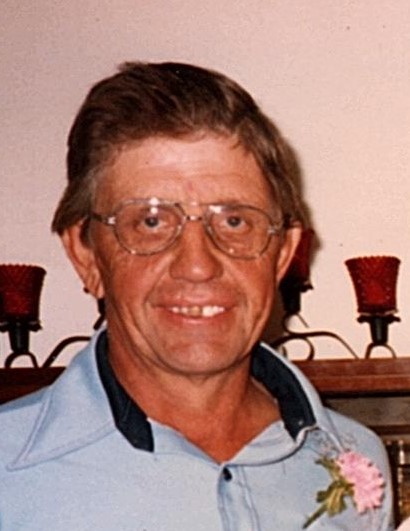 Dennis was born in Leaf Mountain Township in Ottertail County on December 14, 1935, the son of Allie and Anna Johnson. He grew up in the Ashby-Melby area and graduated from Evansville High School in 1954. Dennis served in the United States Army and was honorably discharged in November 1959.

Dennis and Donna Johnson were married on December 28, 1968 and lived in rural Dalton where they raised their family.  They later divorced but remained friends.

Dennis’ main occupation was construction—from buildings to roads. He also told stories about working on the iron range.  Dennis was an avid trapper and it was one of his life passions. He enjoyed going to trapper conventions with his buddies and always talked about the good times they had.

Dennis especially enjoyed his grandkids and great grandkids. He loved to watch the little ones run and play. He also enjoyed when his daughter Shirley would bring the kids down to the Evansville Care Center to have supper with him on Saturdays and play bingo after. He enjoyed visits from Wesley and Lizzy and even more when he would get his hugs from little Lizzy. Once a month on Saturday at the care center, the Country Rose band would play and his daughter Shirley and sister-in-law Virginia would go down to listen with him and visit. If they were not able to make it the next day, Shirley was told, “say, Virginia missed the Country Rose band.” Dennis enjoyed life up until the end. He would talk about how blessed his life had been all these years and told many stories of hunting and fishing as a kid. Dennis had lots of wonderful and interesting stories to tell.

Dennis would talk about dreams he would have which he was fishing with his Grandson Tyler and boy did they have fun!

Dennis had a big family and enjoyed the big family get together every year for the Dalton Threshermans show, where he could watch the kids play, and of course, the good food.

To order memorial trees or send flowers to the family in memory of Dennis Johnson, please visit our flower store.